On January the 21st, the UK will be able to see what’s called a Super blood moon!

What even is a super blood moon?

During the 21st, the moon will go through a total lunar eclipse and its perigee, meaning the moon is tinted red and enlarges. It’s quite rare for the UK to have these two events at the same time, so I recommend that you get out your binoculars and get ready to watch! 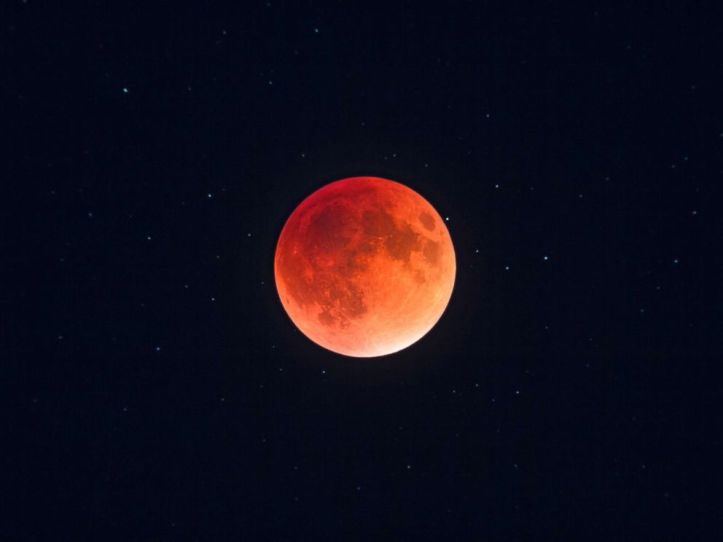 Why is it red?

Earth casts a shadow from blocking some of the Sun’s light, and when the moon is within a part of the shadow called the umbra, it experiences a total lunar eclipse. This means Earth will be right in between the moon and the sun.

Surely this means no light gets to the moon and it’s just dark? Not really. The Earth’s atmosphere plays a fantastic part in a lunar eclipse. When the Sun’s light enters the Earth’s atmosphere it’s refracted and splits into lots of colours (picture Pink Floyd’s iconic album cover).

Violets and blues have tiny wavelengths, so are scattered in the sky (making it blue and purple). Reds and oranges have much longer wavelengths, so they don’t scatter that much and pass through the atmosphere into the umbra. That light falls onto the moon and makes it red. How cool!

Why is it super?

Just like the Earth’s, the moon’s orbit is slightly elliptical, meaning it is closer at times and further away at times. When the moon is at its closest to Earth, we say it’s at its perigee, where the moon becomes a supermoon because it’s much bigger and brighter than normal. Its furthest point is called its apogee, where the moon becomes a micromoon because it’s a lot smaller than normal. 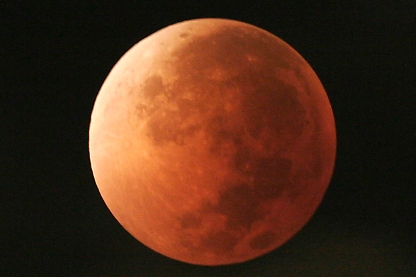 Unfortunately a very early Monday morning. The total eclipse should last about an hour, but it’ll start going red a bit earlier. For the UK, this amazing event will take place from 4:40 – 5:45am with reddening at roughly 3:30am. This will be even earlier for those is America.

Naturally, I’ll be out trying to take pictures and enjoy the event, and I’ll be posting them too for those that can’t make it (unless there’s cloud, I do love English weather!)

Update: How did it go?

As I expected, the clouds managed to cover the sky for most of the morning. However, as the moon approached the penumbra again, I was able to see the eclipse.

Telescope or not, the eclipse really was a stunning sight! I’m so glad that I decided to stay up and watch, and hopefully you did too. 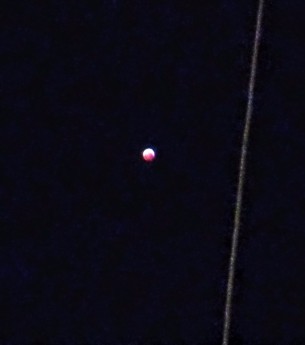 The Moon taken 5:44, with a guest appearance: my TV cable! 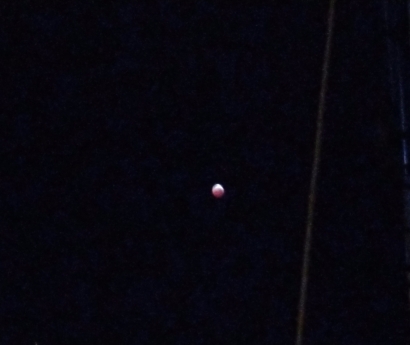 The Moon taken 5:44, with a guest appearance: my TV cable!

Until next time, happy stargazing!