You know how much I love to disprove Flat Earth!

The fabric underneath it is designed to move left to right, not the helmet. Just like how the astronaut can move their arms and legs. Between the mask and the box on their chest is the fabric which enables the rotation.

Firstly, neither Earth nor Polaris isn’t stationary. Yes, Earth is tilted so that our North pole lines up with Polaris, but Polaris does actually move slightly over the year, it’s just that humans can’t see this movement very accurately.

But anyway, that’s not important.

Let’s say you’re driving on a motorway. You’ll notice that things like dividers or close trees will zoom past very quickly, but further away objects don’t seem to move nearly as fast. This is the basics of parallax, and can be applied to Polaris and Earth.

Polaris is incredibly far away (I’m talking hundreds of light years away). Our movement around the Sun isn’t anywhere near large enough to make a big difference in Polaris’ position in the sky. It moves about a millionth of a degree throughout the year.

Not only that, but Polaris is also within the milky way, moving around the centre of the galaxy at around the same speed as us, making this change in position in the sky even smaller, and more fixed over the centuries.

And to embarrass this person even more, Polaris wasn’t always the North star. At the time of the Egyptians and Greeks, Thuban was the North star. Earth’s axis wobbles and moves like a spinning top, so the poles will point at different stars over time. Polaris definitely moves.

Density and volume is a much loved topic in Flat Earth, yet they forget it here.

Helium (what’s in the balloon) is less dense than air; the bit of air it displaces has more weight than the helium, so the upwards force (buoyancy) it experiences from the air is larger than the downwards force (weight) of the helium balloon. It floats.

Water is much more dense than air. Water’s weight is much larger than air’s buoyancy so it stays on the ground below the air.

Gravity is holding the balloon (it’s not going to float off into deep space), it’s just that the helium isn’t very dense, so it stays above the air (but it will reach a point where the air is so thin that their densities are equal, so the balloon just stays there before floating back down).

This next picture goes even further:

Right, of course. Gravity plays no part whatsoever in density.

Density is mass/volume, so you’re claiming that gravity has got nothing to do with mass either.

Weight has got nothing to do with density, at all. Right?

Weight has got nothing to do with mass. No connections between the two, at all. 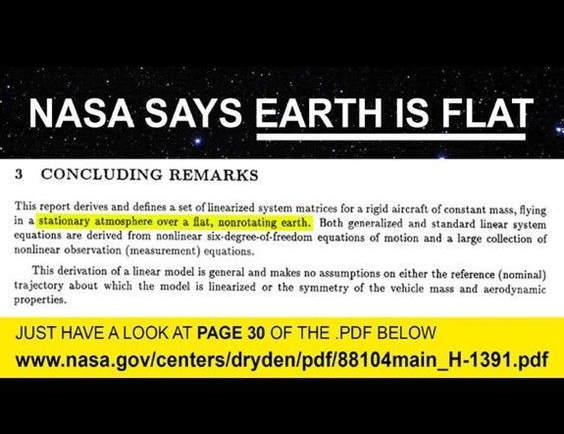 They didn’t even read the full sentence.

The report is about deriving equations, not reporting the shape of the Earth.

Their model they used for the equations was a flat non-rotating Earth. It makes it easier to derive stuff, and gives good approximations too.

It’s like when air resistance is ignored in most middle/high school exam questions because it’s usually negligible or makes the question extremely difficult to answer.

We’ve discussed this before (with the helium balloon), but this time with a bird.

Birds are still being pulled by gravity, if they weren’t they probably wouldn’t need wings to fly.

The wings of the bird are large enough that when it flaps them, they cause lift. Air moves above and below the wing during flight to keep the bird up, which is maximised by curved wings and light airy feathers.

Water doesn’t have wings, nor is it adapted to fly. Therefore, water can’t fly. 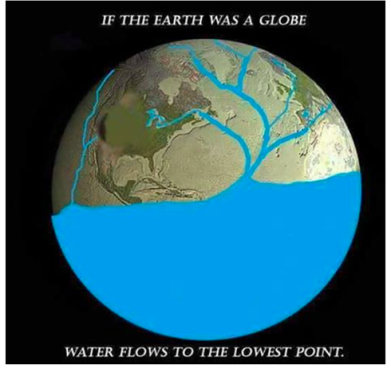 I think you’ve missed the fact that gravity acts from the centre of the Earth, not the south pole (I love this one, poor Australia!). 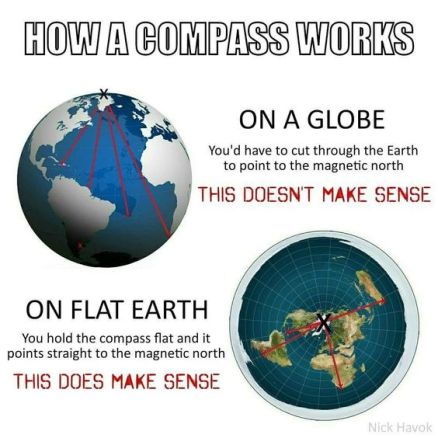 Sorry, but compasses follow the magnetic field of the Earth, not the North pole specifically.

This is how the field flows: 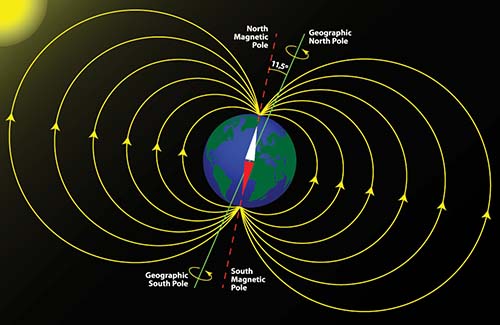 Compasses don’t point to the north pole, they just follow the magnetic lines.

I get it, this stuff isn’t taught properly, but hopefully you know now.

If there’s a really good flat earth “argument” that you’d like me to debunk, I’m more than happy to hear it!