I’ve seen a lot of this kind of nonsense floating around recently: 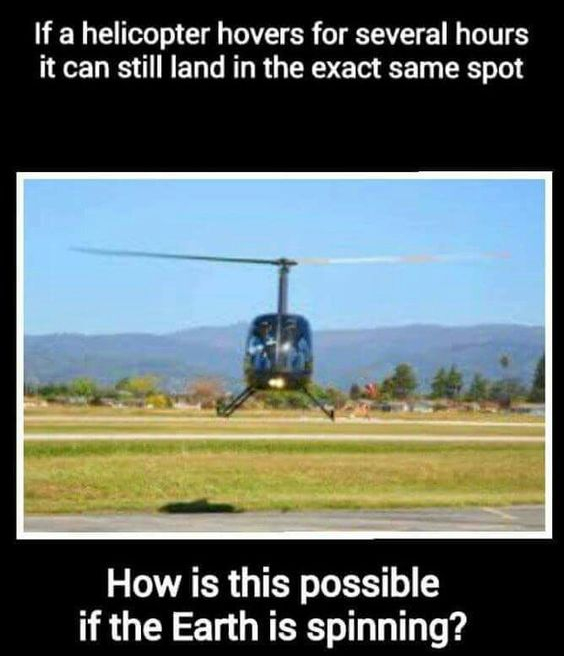 It looks like we’re going back to basic physics today!

For those who don’t know what momentum is:

Momentum if the product of velocity and mass. If a ball weighed 2 kg and travelled at 2 m/s, then its momentum is 4 kg m/s. Think of momentum as the amount of oomph something has when it crashes.

One key thing about momentum: It is ALWAYS conserved!

If two things collide with each other, their velocities change to make the total momentum stays the same. Even if they stick and move together, even if they bounce away from each other.

Let’s use an example!

Have you ever thrown something up while you’re in a moving vehicle, or an elevator? Let’s use a ball for example. You’ll have noticed that the ball you’ve thrown doesn’t fly back, but it lands back in your hand (if you’re a good thrower).

Why is that? The ball has momentum, but the amount of momentum will be different if the vehicle is moving or not.

When the vehicle is stationary, the only velocity it has is from the rotation of the Earth (but in most physics classrooms we ignore this velocity.) The vehicle will have a momentum which reflects this, and so will the ball.

But once the vehicle starts moving, we also have to consider its velocity as well as the Earth’s spin. The vehicle’s momentum changes, and so does the ball’s.

When you throw the ball and it leaves your hand, it still retains its momentum and moves forward with you. The only time the object wouldn’t fall back into your hand is if the vehicle/lift is accelerating (changing velocity).

The same goes for the helicopter and the Earth example. The helicopter’s momentum is dependant on the fact that its velocity is just Earth’s velocity. When it leaves the ground it still retains that initial momentum because neither velocity nor mass has changed, and it hovers in the air.

To be honest, it would be quite scary if momentum weren’t conserved! The helicopter would be flying out of Earth within seconds! 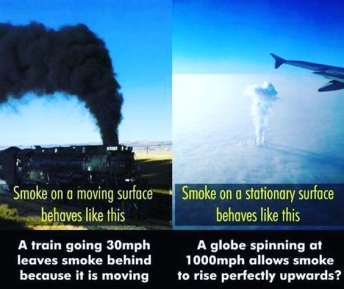 Okay, we can explain this with momentum as well!

In the left picture, the train exerts an upward force on the smoke and pushes it up into the air. The smoke retains its momentum and does carry on moving slightly with the train, but air resistance is large enough to stop the smoke moving.

The train is moving and leaves the smoke behind.

The same thing is happening to the volcano (right pic). It exerts a upward force on the smoke and pushes it up into the air. BUT the volcano isn’t moving relative to the Earth and air around it, and the smoke will keep the momentum it had when it left the surface and just rise upwards.

The picture also mentions the famous 1000 mph. Funnily enough, 1000 mph isn’t true for most places on the Earth. While the equator does rotate with a linear tangential velocity of about 1040 mph, anything above 16 degrees will rotate less than 1000 mph!

In fact, the Arctic circle rotates between 423 and 0 mph! That’s a big difference!